I've looked at this blank page for months now. It mocks me, teases me. I try to find words to share what's going on in my life. They escape me, always dancing on edge of my thoughts but never fully coming forward to be examined and shared. I've decided to just try to pour my raw emotions and thoughts out here without much examination. Please forgive me if some of my statements are far from Christ like, or if my anger boils over or if I forget to be grateful for what I do have. These are all states of my being that I have been in and out of for months now.

Seems like it was a lifetime ago since we found out that Little P was not our biological grandson. Seems as if my world has been off it's axis since then. The fact that he isn't biologically ours isn't the really hard part....really who cares? Love is love, it's not tied by blood. The hard part is the instability of the birth mom and how easily she could have wrecked our world. I know it all sounds a bit melodramatic, it probably is. That doesn't change how I felt. If it's possible, I loved him too much, no I would't say too much. I would say I loved him, from the moment I brought him home from the hospital, only three days old, like he was my own child. I honestly didn't think that was possible. I thought I could stay detached, love him well and return him when it was time. That logic was probably my greatest mistake in the entire situation. There was no way I could just care for him, return him and go on with my life.

When I realized that, I became angry. Angry at God for being in this position. Angry at my husband because I married him! Angry at our son and his is ex because if they'd made different choices, their son might be with them. Basically angry at the world because this beautiful little boy stole my heart. I'm sure that people who are foster parents go through all of this. My heart breaks for them but I never wanted to be a foster parent. I never wanted to chose to give my heart away knowing that an unfair system could at anytime break it.

I know I'm complaining, there was just so much going on this winter that I can't really get into, yet all of it effected the state of my heart and mind. I was having a hard time coping with visitations and with all the court dates. I was irritated by the other lawyers attitudes, dismissing all my husband and I were doing. I was frustrated by the lack of regard for our personal schedules. The courts were more concerned with the birth mom's rights (sorry but this is the 5th kid she had taken from her, so I'm less than sympathetic for her situation) than the impact and chaos this was creating in our home, and ultimately the chaos it would create in this little boy's life. Everything is said to be done "in the best interests of the child". I would challenge the truth in that statement. We would cram 8-12 adults in a courtroom to determine Little P's fate. In the end nobody blinked when the course of action changed. It all seemed so impersonal, Little P was just another case number for the courts to deal with. I was very close to losing my cool with the whole situation.

It all came to a head for us when my husband asked the question, "What happens after we have custody?" We had no idea. The "agencies" kept telling us to file for custody, so we did. Figured it was the wise thing to do since he was in our custody. We had no idea just what that really meant though till we started digging for answers.

Unfortunately the answers were not what we had hoped to hear. We discovered that all along we were mislead by the "system", that Little P was placed with us incorrectly and that basically the reason the representatives of the "system" kept trying to get out of court appearances was because they were trying to wash their hands of the situation. When my husband found out that Little P wasn't part of the system, we knew that any hope of being able to adopt him through the state went out the window. The case worker had lied to us and then tried to cover his butt (thank God we found the lawyer we did to rout out all the lies....but I'm getting ahead of myself). We discovered the situation we were in by accident, really. Because he wasn't placed by the system properly, it meant that with custody it was like Randy and I had been married to the birth mom and were now fighting for lifetime custody. So we would have joint custody with her. Her making half the decisions in our care of him, her telling us how to raise him, while not having to lift a finger to care for her own child. I was really angry at the thought that we would be doing all her work while we just waited for her to finally get her life together and then the courts could just hand him back to her. I don't know how foster parents do it. I just can't wrap my mind around going through this pain every time. I have the utmost respect and admiration for those who chose that path. I knew I couldn't do foster care, yet, here I was in that type of situation!

After much discussion and prayer, we decided to withdraw our petition for custody and put our support behind our son, who was also trying to get custody. Then the proverbial you-know-what hit the fan. Her DSS case worker called CPS on us for abandoning Little P. Ok, how do you abandon a baby that is still in your care and your home??? CPS sent a case worker out to question Randy. Mind you, they did NOT tell us we were under investigation at that time, she didn't even identify herself as a CPS case worker. We had no idea what was going on. It wasn't till 2 days later when I met with the same CPS worker, still not knowing she was investigating us, that I finally found out they had opened a CPS case against us. I don't think I've ever been as pissed off as I was right at that moment. I felt like our world was collapsing on us. I realize that it's probably pretty dramatic to say that but I've never had CPS involved in my life. It scared me. All of a sudden all those news articles I've read about them taking kids away from their parents for the dumbest reasons started running through my head. My biggest concern was our daughter. The woman asked me questions about her and homeschooling her. It felt like a veiled threat and I realized that we'd always have this craziness around with the birth mother in our lives.

So anyway, we consulted with a lawyer who told us there is nothing we could do. That CPS can pretty much do what they want and have immunity. We weren't going to stand for that. On to the next lawyer. The day before we were supposed to be in court, the day that the DSS worker told Randy he'd have Little P removed from our home since we weren't going after custody, we finally found a lawyer. He was as angry at the system bullying us as we were. He spent many hours on the phone that afternoon and found out all the things they either lied to us about or did wrong. There are details I still can't share because we are still fighting this but at least he was willing to take a stand against DSS and CPS. That was a huge relief for us because we knew they were trying to push us around. So CPS removed Little P from our home because we weren't going to go after custody of him. We believed and still believe that he should be with his parents, specifically his father and we were going to help him achieve that goal. DSS however, had other ideas and removed him from our home and placed him with a foster family.

That day in court was the single most painful thing I've every endured. I've never wanted to take a kid and just run away as much as I did that day. It was a small blessing that I got to hand him over to a woman, involved in the foster system, that I've gotten to know and trust. She was very patient with me. I felt like I was cutting off my own arm as I handed him to her. I was grateful for the support of my husband and one of our kids that day. I couldn't see through the tears, I couldn't breath through the sobs that racked my body and I barely had the strength to walk back to the car empty handed. I remember being scared that I was going to pass out because I just couldn't breath and it didn't matter what I did to try to calm down, it wasn't helping. The first few days after that were a blur. Every time I thought I had cried till I couldn't cry, I'd start crying again. I had no idea how to cope with the grief I was feeling. If it wasn't for my family and a friend of mine, I'm not sure how I would have gotten through those first couple of weeks. I had a friend who called me every single day. She's been a solid shoulder for me to cry on through this whole ordeal. My husband is my rock, the one I turn to first but he can't always be available and when he's not been, Suzi has happily been there. I had to call her once because I couldn't even walk through Wegmans without having a full blown panic attack. I was hiding in a corner isle, in tears, unable to catch my breath and frozen with the fear that I may run into Little P and his foster family. Thankfully she was able to chat with me the whole time I walked through the store and helped me to stay calm so I could get groceries. My husband has held me while I cried more times in the last three months than he's needed to our entire 10 years together. Randy's endless patience and love for me and her always being a shoulder I can turn to, has gotten me through some very dark days these past months.

While each day gets better, some are almost as hard as that very first day. Some days I miss him so much, I just curled up in bed crying over him and lifting him in prayer. I've heard that this foster family is a really good family and that he's doing really well. I'm hoping that they will have the opportunity that we were denied and will be able to adopt him. My anger is slowing dissipating but at times it comes back in it's full ugliness (like while writing this) and then I feel completely out of control of my own life. I get so angry at all that happened and the actions that CPS/DSS took. I pray that someday I'll get to hold my precious Little P and build a new relationship with him. Until then, I am grateful for the time I did have, for the lessons I've learned through this and for the knowledge that he is with a good family, in a safe loving home. 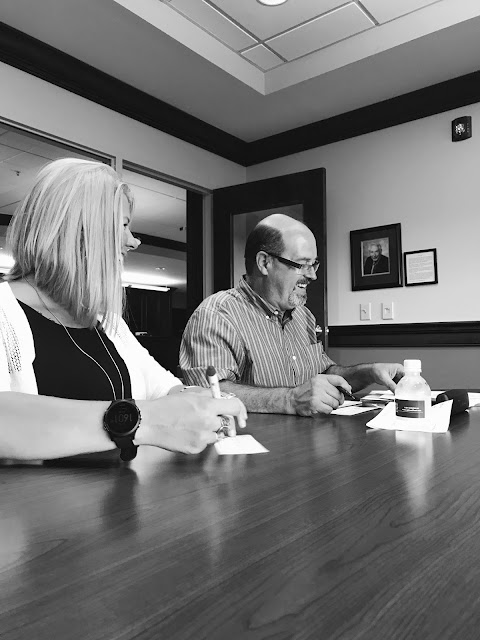